One of the first things Program Managers Andrea and Charlie did when Parc Zoologique Ivoloina re-opened in 1990 was hire Therese Ratodiarisoa, a former school teacher, to coordinate Ivoloina’s education program. The Center for Environmental Education’s exhibit hall and classroom were enhanced with colorful graphics depicting Madagascar’s diverse habitats, animals and plants. Educational tours were developed that integrated information and concepts from the Center’s graphics with the animal collection in the zoo. It was through participation in the CEE's education programs that families came to see Parc Ivoloina as a valuable neighbor. The MFG was gradually becoming a part of the community and parents were more comfortable discussing various concerns with Program Managers Andrea and Charlie.  A significant concern expressed by many parents was the problem of children not passing their CEPE exam; the Saturday School was born from these discussions. The program’s aim was and still is to give primary school children intensive tutoring in core curricula subjects and thereby enable them to graduate to secondary school. The MFG views basic education as fundamental to conservation; children who can’t read or write beyond the level of a 5th grade education are limited in reaching their full potential and in becoming an informed advocate for the environment. 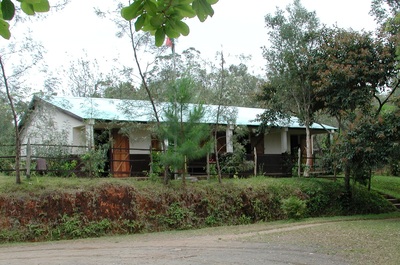 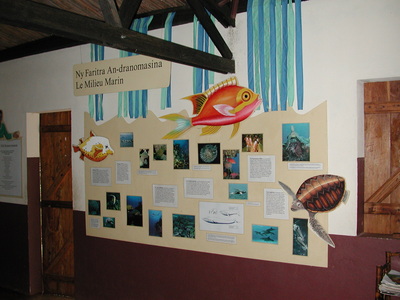 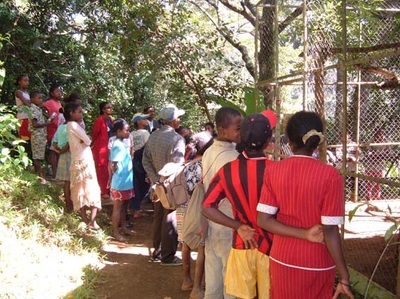 Reducing the percent of children who drop out or miss a significant number of classes is always a challenge and the reasons for not attending can vary from year to year and area to area.  In the 2006/2007 school year it was thought that the rumors in Toamasina of a black market for human organs was the reason some parents prevented their children from attending classes at Ivoloina whereas the distance children had to walk to reach Ambodirafia (school location was changed to Sahambala in 2008/2009; shown as Sahambala in Table 2) was a problem. In 2008 attendance in all three schools was impacted by Cyclone Yvan that hit Madagascar in early 2008 and their need for children to help harvest rice a few months later. A series of teacher's strikes (due to political instability and worsening economy) was believed to be a factor in the lowered pass rates for Sahambala and Toamasina 1 and attendance rates at Ivoloina and Ambodiriana in 2011/2012.  Changes in Chef ZAPs or teachers have also been noted to improve performances in some years. 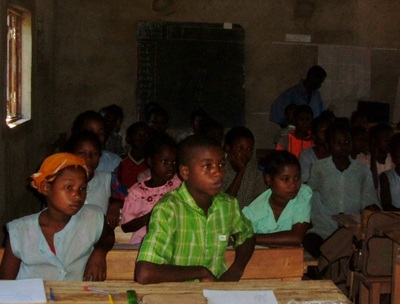 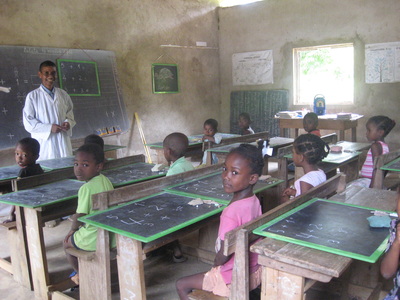 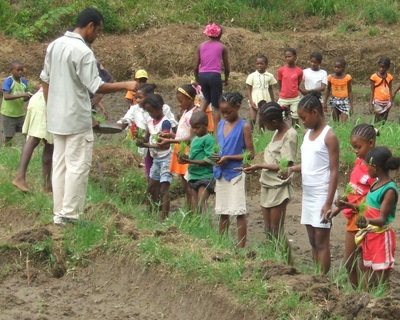 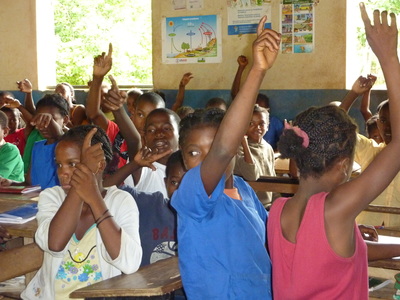 Saturday Schools at Ambodirafia, Ambodiriana and rice paddies at Parc Ivoloina.
The environmental component of the Saturday School Program has developed and diversified over the years with more hands-on activities. The CEE team's environmental education objectives: 1)  to provide students with fundamental information on the relationships between the living and non-living components of the natural environment, 2) to instill in students an appreciation of and concern for the environment, 3) to increase students' awareness of environmental problems and 4) for students to acquire skills that help solve environmental problems through hands-on activities. Hands-on activities include giving all children seeds from endemic trees and allowing them to be responsible for the tree from seed propagation through planting it in a designated reforestation site, observing and participating in the making of compost, observing animals at the zoo or in the wild and drawing them and going on field trips.  Parc Ivoloina is one field trip destination; students attending the Ivoloina Saturday School tour the zoo, demonstration areas and nature trails at different times of the year while students from the other schools are bused to Ivoloina for a 2-day field trip. The 2011/2012 school year was extremely special because the Ambodiriana and Sahambala Saturday Schools each took a three-day field trip to Betampona, a first!  The Ivoloina students also took a three-day field trip to Tampolo, a small forest reserve which MFG Managing Member, The Lemur Foundation, helps support.  This field trip was made even more special with the accompaniment of Deborah Ross, the artist who illustrated all the Ako series of children's books on lemurs written by Alison Jolly. 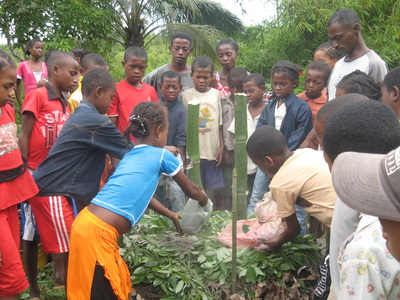 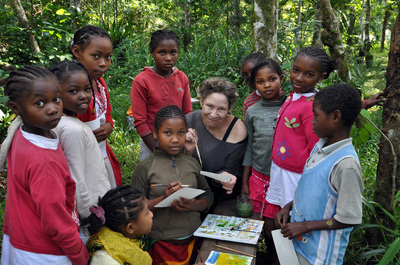 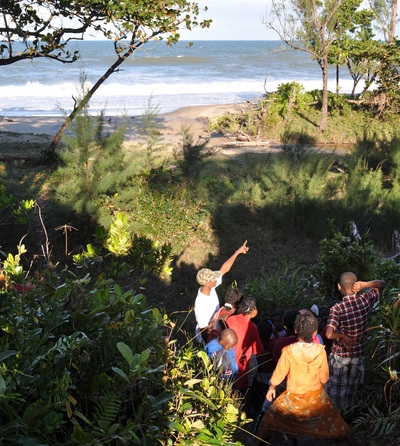 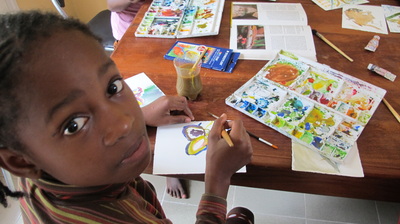 At the end of the school year, the Saturday School children who completed the course are given certificates in a ceremony attended by parents and other villagers, chef ZAPS, local authorities and the CEE team. Prizes are given to the students with the highest CEPE scores; in 2012, 217 certificates and 26 prizes which included notebooks, pens, pencils, a ruler and compass along with 35,000 Ar (about $15.00) were awarded. The CEE team,  instructors and Chef ZAPs hold meetings to review and evaluate the outcome of the program at each site and develop the schedule for the next school year. In 2012, in addition to changing the criteria for students accepted into the program, the CEE team, Chef ZAPs and instructors decided to make several programmatic changes including more hands-on activities, field trips and engaging children to express their thoughts and emotions for the environment through art.  A new template was developed for Chef ZAPs to systematically monitor and evaluate the program throughout the year and the creation of a "Parent's Association" to encourage more parental involvement and hopefully reduce student absences and dropout rates. 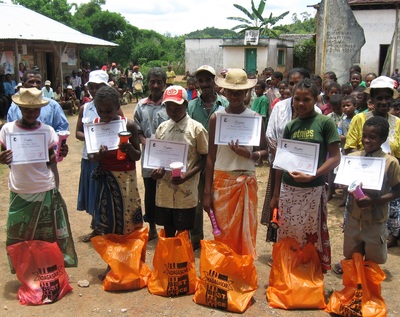 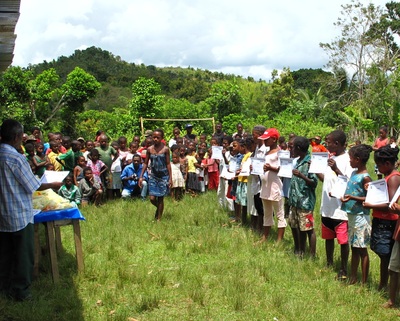 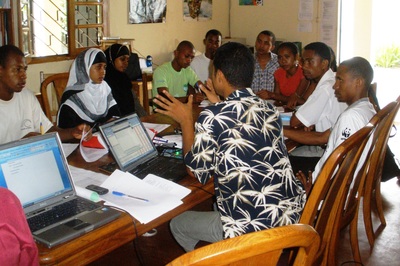 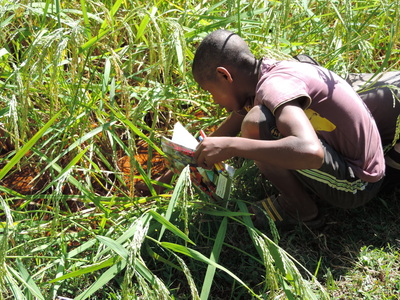 The MFG was selected as one of four NGOs to participate in UNICEF's Connecting Classrooms, Communities and Youth for Biodiversity Conservation in Madagascar (CCCYBC).  We are proud to report that UNICEF adopted our Saturday Class Program as a Best Practice and incorporated it into their CCCYBC initiative. 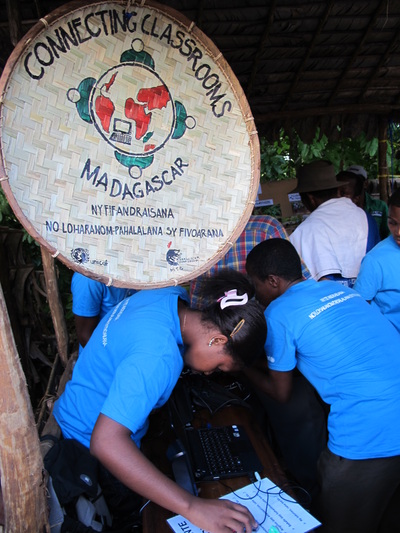 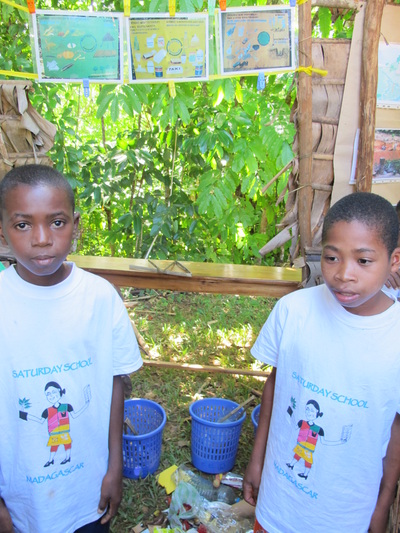 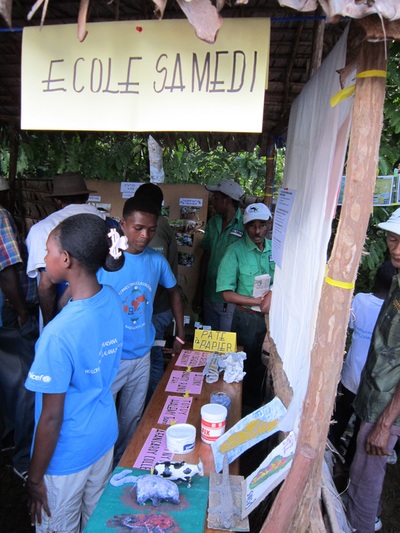