The Missouri Botanical Garden (MBG) is among the most respected institutions engaged in research and conservation of the world’s plants.  MBG maintains an office in Madagascar’s capital but their scientists, including Dr. Chris Birkinshaw, Assistant Curator of Africa & Madagascar, carry out botanical surveys throughout the island. What they have found has led them to warn that this is a critical time for the conservation of Madagascar’s endemic flora. Why? The accelerated rate of habitat degradation occurring throughout the island is causing a wave of plant species extinctions. The threatened species typically occur as tiny populations in small, degraded fragments of natural vegetation where they are vulnerable to multiple threats including shifting cultivation and fire. Ideally these habitats should be included within protected areas but due to their small size, degraded nature and the normal absence of large prestigious animals, this rarely occurs. Given the circumstances Dr. Birkinshaw suggested that a viable alternative to extinction for many of these species was ex-situ conservation followed, where possible, by reintroduction into secure and appropriate native habitats. 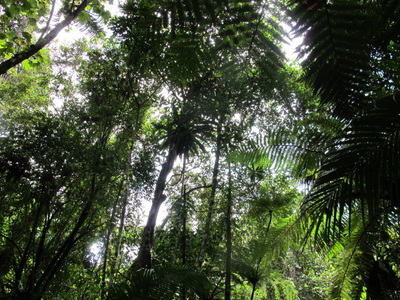 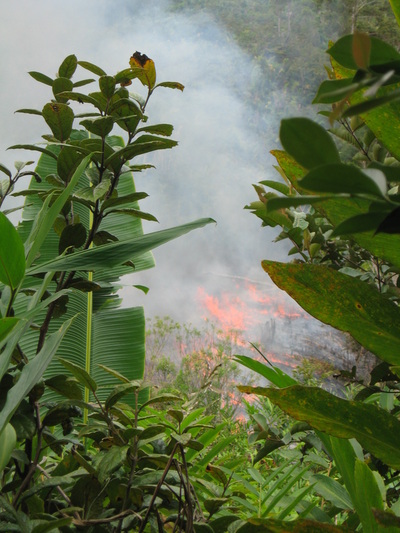 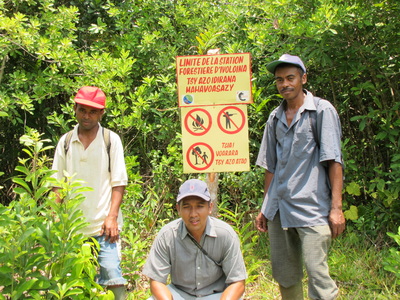 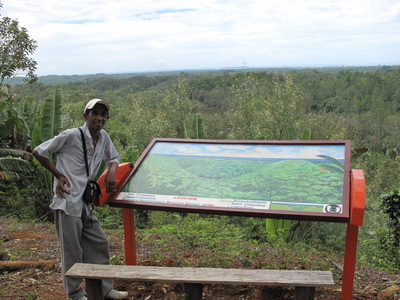 Because no facility dedicated to maintaining genetic reservoirs of critically endangered plants for education and potential reintroduction existed, Dr. Birkinshaw initiated a collaboration with the MFG to create an ex-situ plant conservation unit at Parc Ivoloina. The Parc’s large size, diverse microhabitats, good soil and central location within Madagascar’s humid bioclimate zone made it an ideal location. In addition, Parc Ivoloina already had experienced horticulturalists who had successfully collaborated with Kew Royal Botanic Gardens to cultivate a range of endangered palms within the Park. Together, MBG and MFG applied to and received a grant from the National Geographic Society in 2006 to begin the ex-situ work by focusing on threatened species from Madagascar’s east coast humid bioclimate zone.

At the start of the project, the MBG team identified 37 plant species from Madagascar’s central eastern rainforests that were judged to be critically endangered and that would benefit from an ex-situ conservation effort.  These species were selected using information from MBG’s field experiences, the literature and input from other taxonomists and field botanists. It was striking that most field botanists were able to provide examples of species they considered on the brink of extinction. Some of the target species were known from more than one location thus, in total, the MBG team aimed to find and propagate stock from 46 subpopulations.

MBG field botanists Monique Randriatsivery and  Honoré Andriamiarinoro were responsible for finding and collecting material for propagation. Prior to beginning the fieldwork, as much information on the species’ distribution, identification, vernacular names, phenology and images were gathered to assist with locating the plants.  In some cases the exact location information was available and the species was easily found. Unfortunately, in many cases, such detailed location information was unavailable therefore soliciting the help of local people was the most effective way of relocating the species. 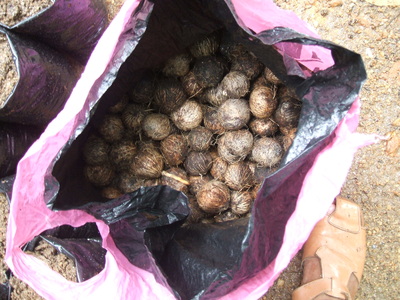 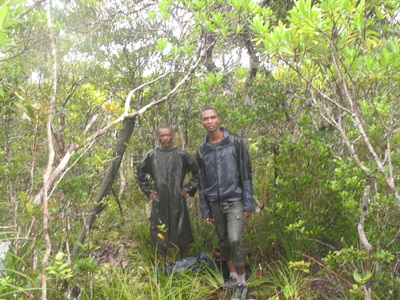 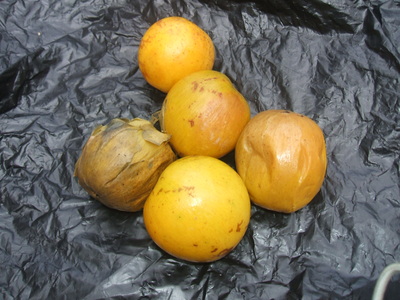 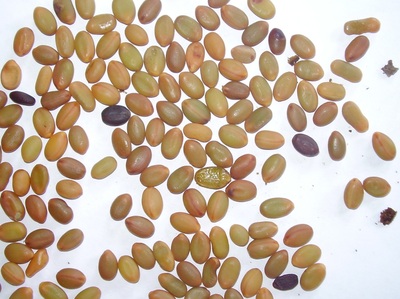 Priority was given to the collection of seeds over the collection of seedlings and material for vegetative propagation. This is because the seeds, if selected carefully, normally germinate easily and grow into strong saplings, represent a genetically diverse population and their collection has little negative impact on the parent. Field trips were planned to coincide with the period when target species were considered most likely to be fruiting. However, the timing of field trips to coincide with fruiting was shown to be quite difficult, and often the team arrived too early or too late. When the team arrived too early, they found a local person who was paid to monitor the target species and collect ripe seeds when they became available. This approach had mixed success; in a number of cases the collected seeds had already sustained predator damage, the trees didn’t produce seeds or the seeds had already been predated before the tree was located. In these cases, the field team resorted to the collection of seedlings around the parent plant (making sure never to take more than 10% of the total seedling population) or vegetative propagation (cuttings or air-layering). 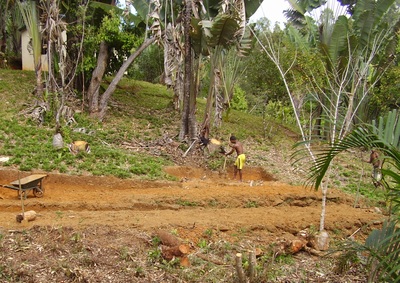 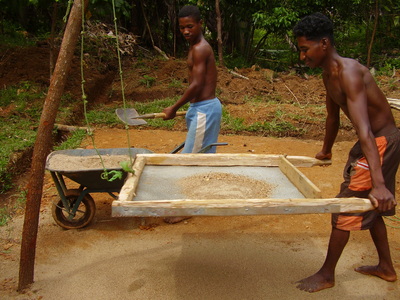 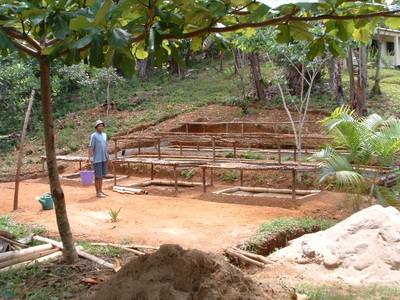 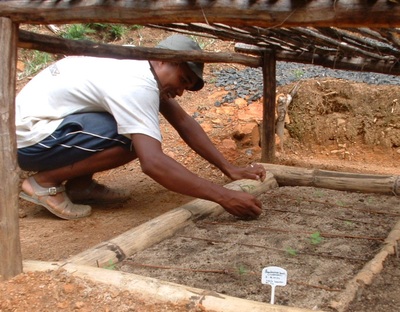 The material collected by field botanists was propagated in a specially constructed nursery at Parc Ivoloina by Lala Randriatavy and Jean Francois. The site is an area of flat ground, close to a water source and sheltered from winds. It is adjacent to the main road within the Park where it can be accessed easily by visitors. Seeds received by the nursery were cleaned to remove traces of the fruit, examined to identify immature, rotten or parasitized seeds that were discarded, and sown. Where large numbers of seeds (>50) were received, samples were subjected to various treatments to promote germination. These treatments included: drying, steeping in cold water for various lengths of time, steeping in warm water for various lengths of time, and nicking of seed coat. According to their size, the seeds were either sown in seed beds of compost or directly into plastic pots filled with compost. The seeds were covered with compost to a depth of approximately their own width. 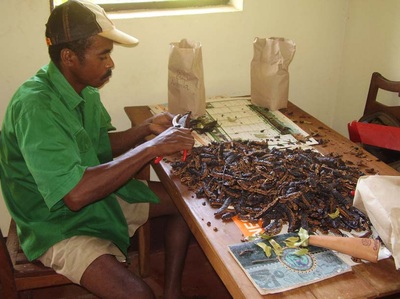 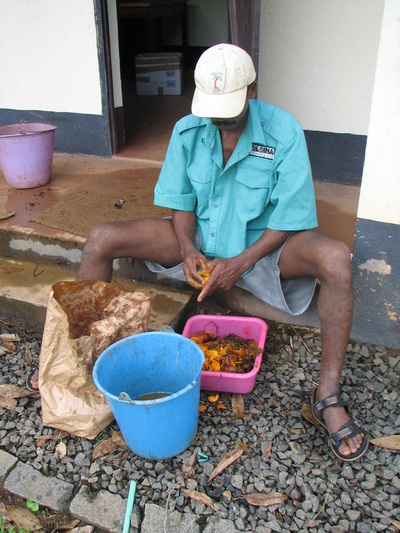 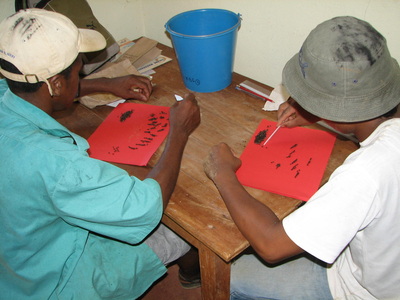 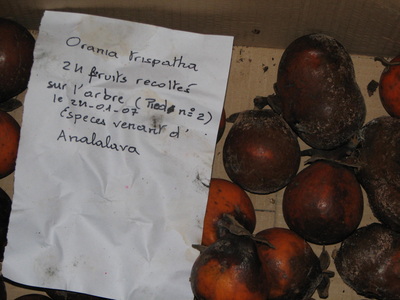 Planting out of the saplings that had reached the 30 cm or larger height was done during the wet season.  GPS coordinates were taken to record the location of each sapling planted and an individually numbered aluminum tag was placed on or near the plant for easy field identification. Saplings were only used to reinforce wild populations when it was considered likely that the translocated plant material would be able to survive and grow to maturity. Valuable saplings were not wasted by being planted at sites whose future was insecure. To maximize the reinforcement’s chances of success, local stakeholders were involved in this activity. 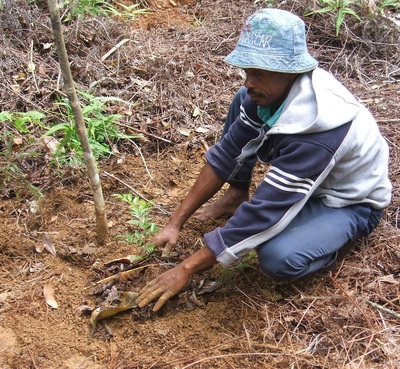 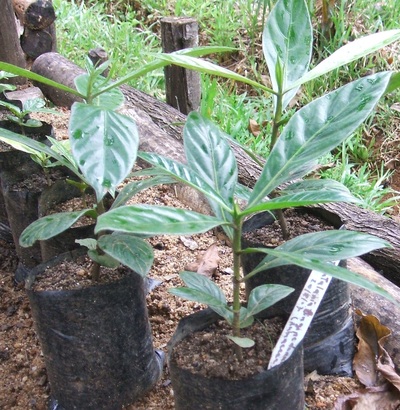 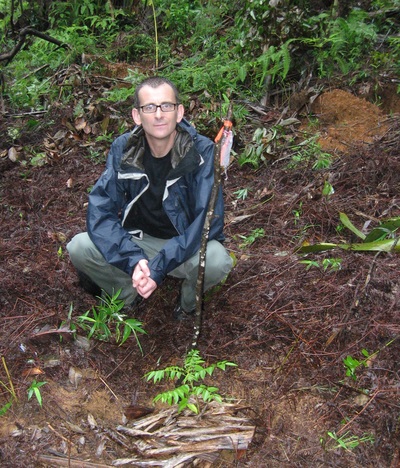 Of the 37 endangered plant species targeted for ex-situ propagation the results were as follows:
v  7 species were not located in the areas searched by the MBG team.
v  9 species were located however no viable seeds were present for collection;  in 2 cases the species were propagated by air layering.
v  1 species was successfully propagated in the nursery but died when planted out.
v  20 species were successfully planted out in Parc Ivoloina.
v   7 of the successful species were, in addition to being planted in Parc Ivoloina, used to reinforce wild populations and 5 were planted in villages as part of an awareness-raising campaign. P. betamponensis was planted around Rendrirendry, the MFG's research station that borders Betampona. 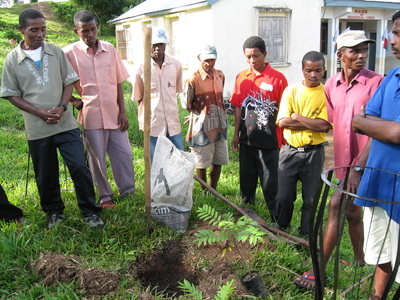 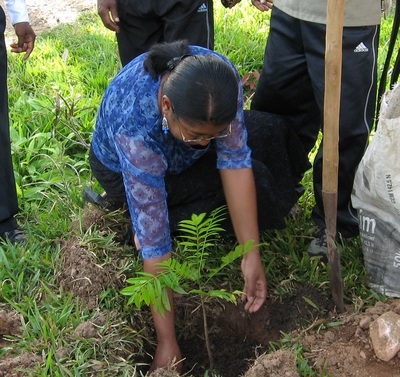 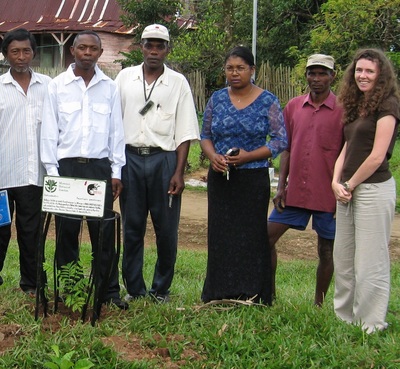 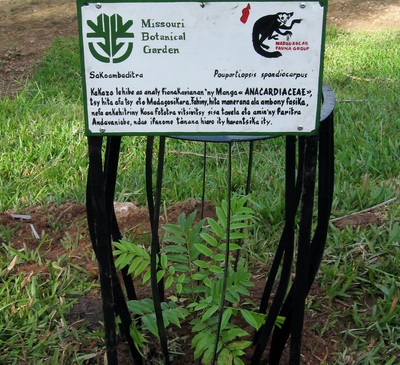