Parc Ivoloina features a 4-hectare zoological facility within a 282-hectare forestry station. It is the home for many of our education programs and capacity building efforts. ​The history of Parc Ivoloina dates back to when Madagascar was a French colony and has a rich history. (See below)

The zoo only exhibits wildlife endemic to Madagascar including ten lemur species, some of which are free-ranging, various amphibians and reptiles. The Zoo also serves as a government - authorized site to house animals confiscated by the authorities and illegally held pets given up by private individuals. 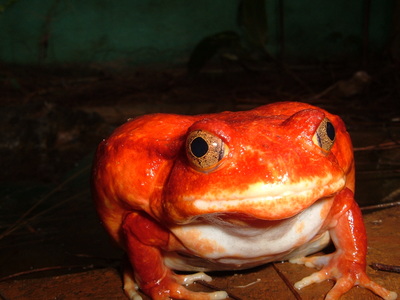 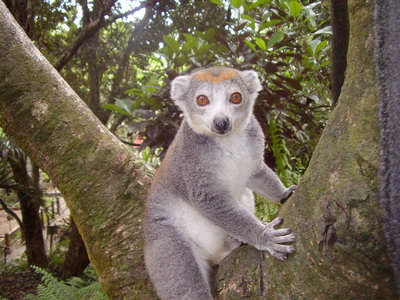 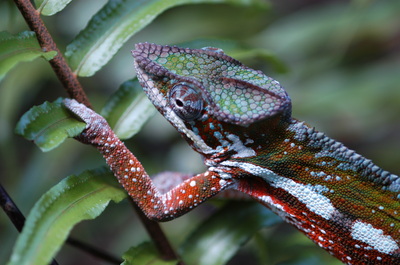 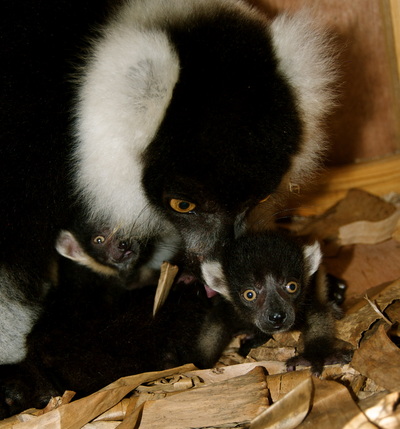 The Center for Environmental Education (CEE)

The MFG's environmental education activities take place throughout Parc Ivoloina and beyond but the Center is where it all starts. The CEE includes two classrooms primarily used for school groups and a visitor's center with informational graphics, artifacts and more. 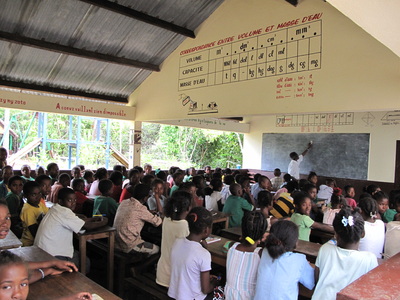 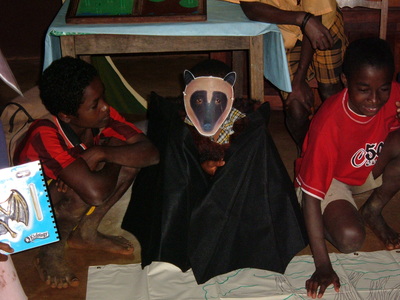 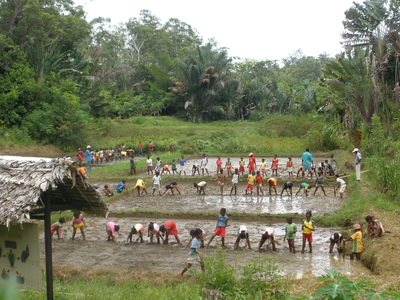 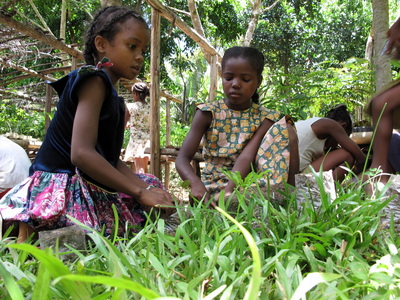 The ICTC includes a spacious conference room and equipped laboratory. The dormitory and kitchen/dining hall were built to provide more people who live in rural areas with the opportunity to attend workshops as lodging or the time and expense of travelling back and forth to their homes can pose significant challenges. 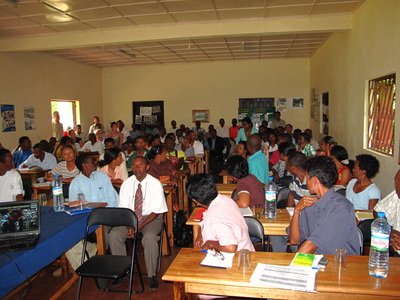 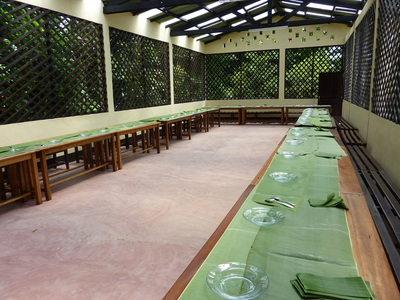 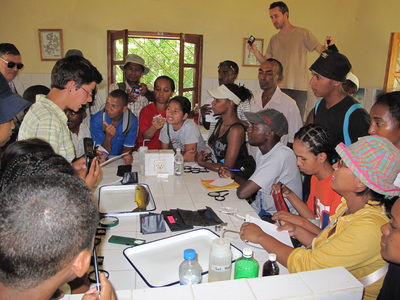 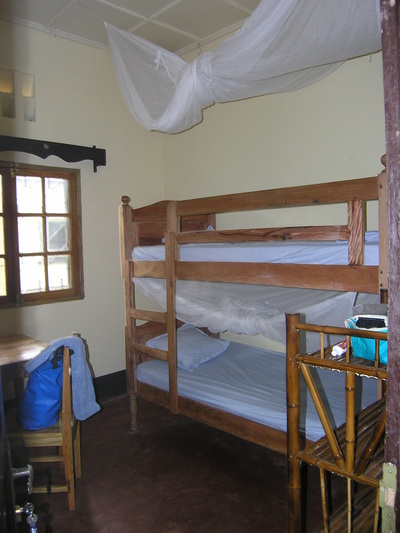 The forestry station represents the largest site within the Parc and includes all forested sections, the lakes, hiking trails, picnic areas and a campsite.The forestry station plays an important role as the ICTC's field site where students can gain hands-on experience in conservation research and monitoring methods such as flora and fauna surveys, GIS and habitat measurements. 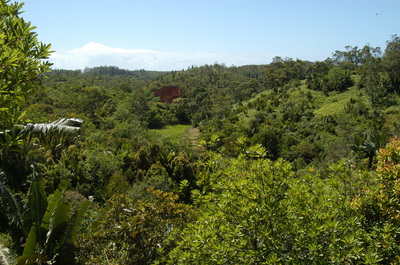 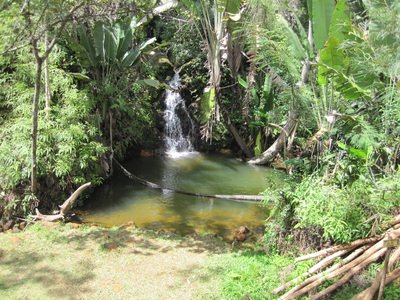 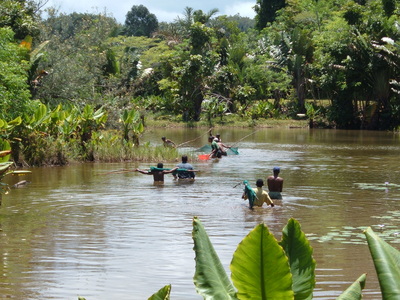 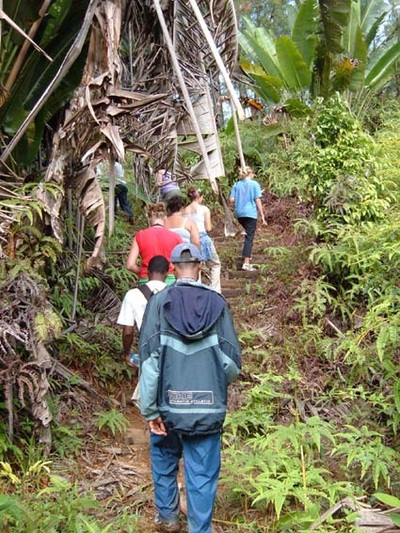 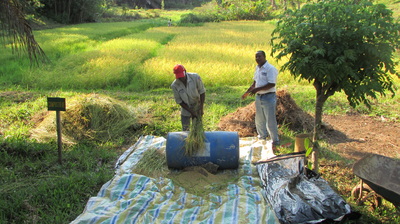 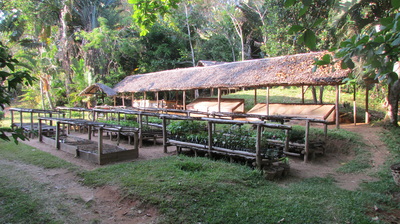 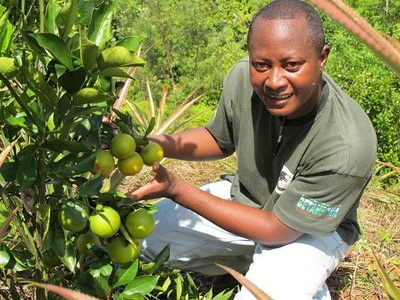 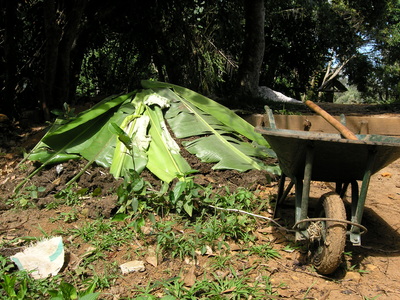 ​The history of Parc Ivoloina dates back to when Madagascar was a French colony and the area was used as a research site to grow and evaluate the performance of exotic crops and trees in the east coast's tropical climate. After Madagascar gained its independence, the Forestry Station was placed under the management of the Department of Water and Forests. During the 1960s fast growing pine and eucalyptus species were planted as a source of timber but were never harvested. The Department of Water and Forests also maintained a holding facility for confiscated lemurs and tortoises which, in 1963, was developed into a small public zoo. After a major cyclone destroyed much of its infrastructure, the zoo was closed to the public in 1986.

Officials with the Department of Water and Forests were familiar with researchers from Duke University Primate Center (renamed Duke Lemur Center) and in 1987, when they were asked for assistance with rebuilding the zoo, Duke sent Andrea Katz and Charlie Welch to undertake the project. Duke was among the original members of the consortium that founded the MFG in 1988 and, under the new structure, Andrea and Charlie became the MFG's first technical advisors. Parc Zoologique Ivoloina reopened in 1990 and was the MFG's primary focus in the early years. 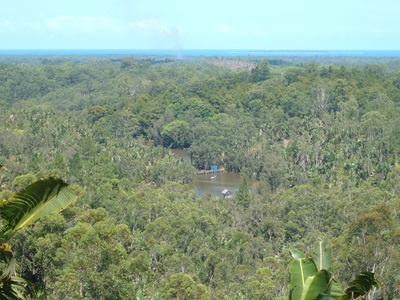 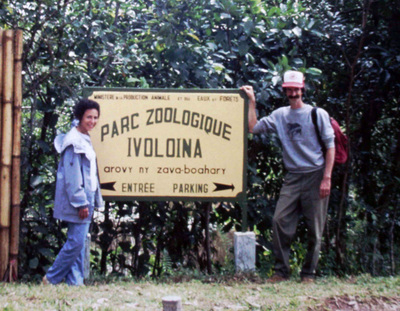 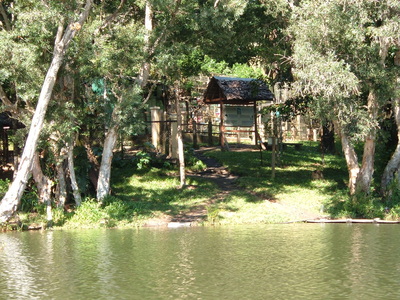 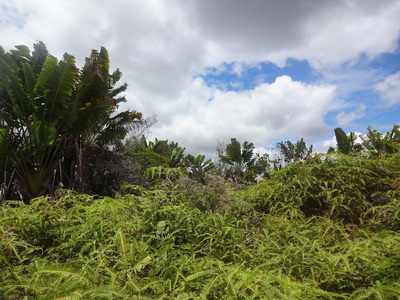 The Parc's topography is varied and includes forested hills that are dominated by exotic trees, especially pine and eucalyptus. The native palm,
ravenala, which grows well in degraded forests, is abundant as is the native but highly invasive bracken fern. Over the years small sections have been reforested with native trees; a complete reforestation plan that prioritizes endemic species is being developed. The flat areas within the Parc have been used to establish a tree nursery and demonstrate various alternative agricultural techniques and crops. A series of lakes were created in the Parc during colonial times including the five hectare “Lake Flugence” that borders one side of the zoo. MORE HISTORY.