The 2005 Global Amphibian Assessment listed Madagascar as 12th in the world with respect to amphibian species diversity but, when evaluated in terms of endemic taxa, Madagascar ranks fourth. Indeed, Madagascar and Australia rank highest at 99.6% level of endemism. In 2013 the number of identified frog species exceeded 288, doubling the number that was known to exist just ten years earlier.  Dr. Franco Andreone, Chair of the IUCN Amphibian Specialist Group - Madagascar, believes the actual number will more than double yet again because over 100 await taxonomic designations and more taxa are discovered every year.  He points out that Madagascar's high rate of habitat loss make it all the more urgent to continue these surveys. 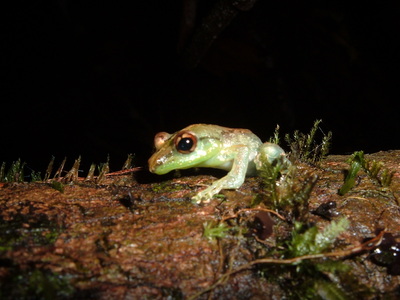 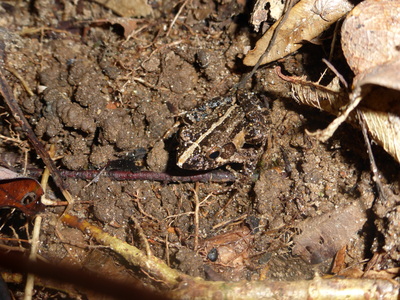 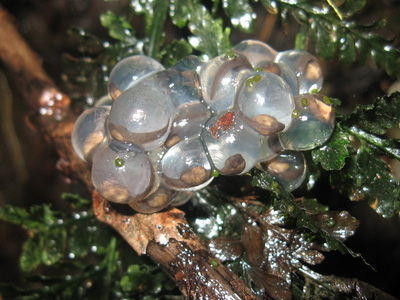 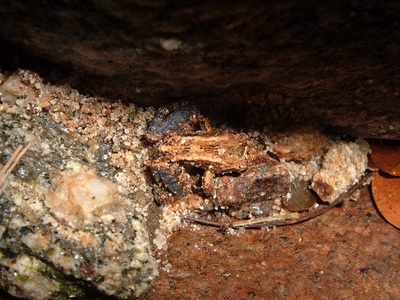 The first taxonomic survey of Betampona's frog and reptile populations was carried out in 2004 by Chris Raxworthy, Ph.D. The primary objective of the survey was to find and identify as many specimens as possible over a three week period. The survey work was also an opportunity for the MFG's Betampona team, who worked closely with Chris, to receive invaluable experience and training in frog and reptile identification and survey methods. Jean Noel, in particular, showed an extraordinary aptitude and interest in working with herps.

Back in his lab at the American Museum of Natural History, Chris sent MFG an email to describe his impressions:  "I am actually stunned by just how good Betampona is- this is a super-diverse reserve, with highly threatened species, and yet a cake-walk for access, and easily the most researcher-friendly environment I have ever worked in for Madagascar (the staff are top-notch!). Should have been here 10 years ago." 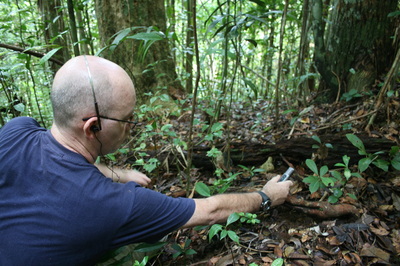 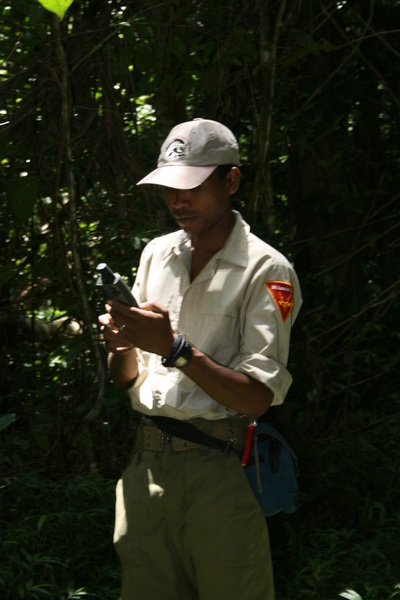 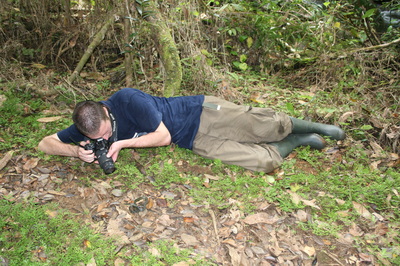 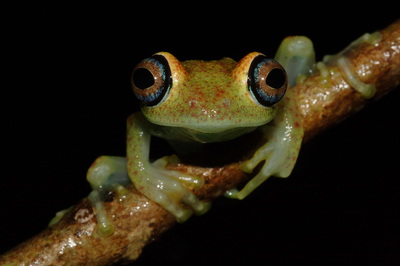 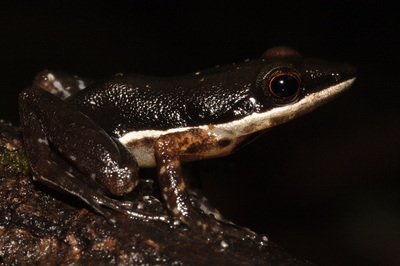 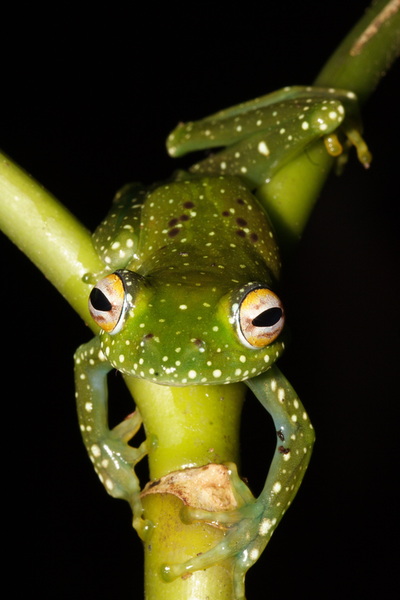 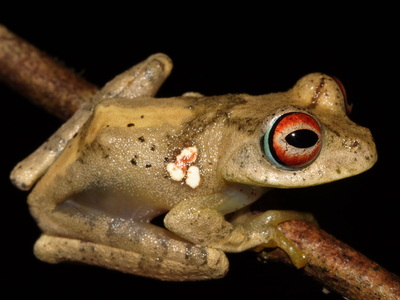 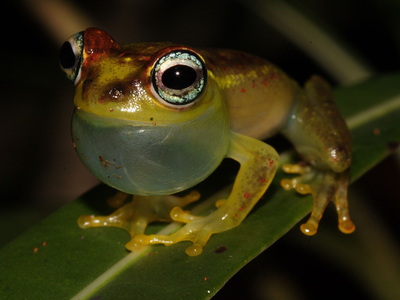 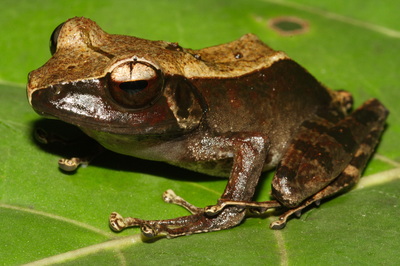 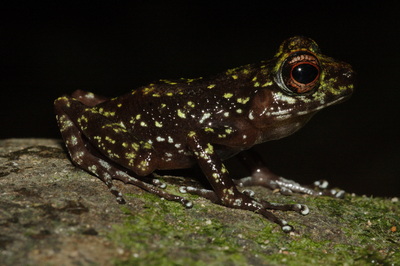 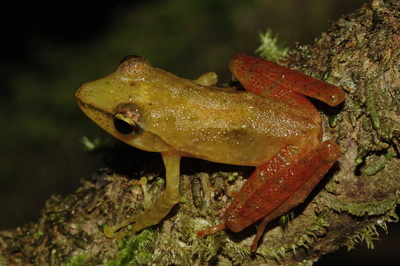 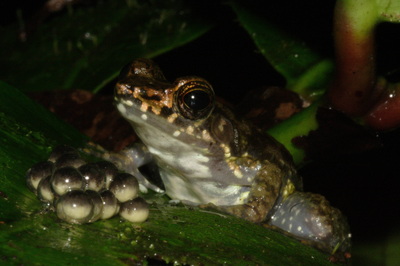 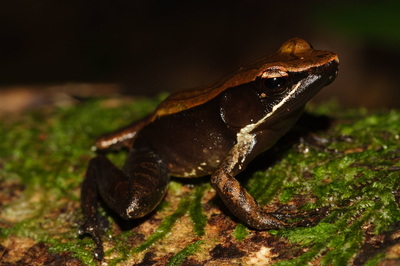 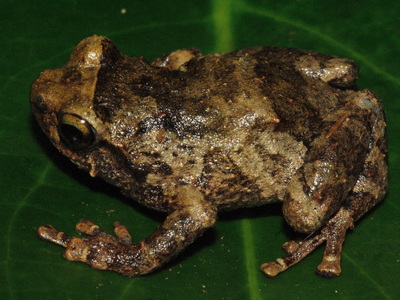 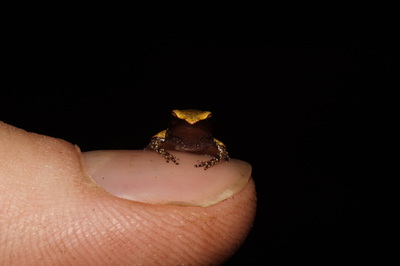 Using multiple criteria and increasing the number of man-hours searching for amphibians, the 2007 survey increased the known number of frog taxa in Betampona's from 47 to 76. Just under half of the 76 require a full description and therefore have not yet been classified to the species level. Although many locations in Madagascar require more comprehensive amphibian surveys, at this time, 24 of the taxa awaiting full descriptions have not been found in other locations and may be endemic to Betampona. Regardless, the large number frog taxa within a rainforest the size of Betampona is considered remarkable and reinforces the importance of the MFG's conservation research program to identify the Reserve's biodiversity and, together with MNP, apply an information based management strategy to enhance species and/or forest sustainability.

The 2007 Conservation Strategy for the Amphibians of Madagascar recommended establishing long-term research projects at several important sites where more in-depth ecological research could be done. Identifying microhabitat use and the degree of niche flexibility of a species is important for developing  conservation strategies for the near term and for modeling species’ responses to climate change for long-term planning. These data are also needed for species targeted for captive breeding programs. Franco Andreone suggested Betampona was an excellent site for such research due to its species diversity, infrastructure and trained team of conservation agents headed by Jean Noel. Research Director, Karen Freeman collaborated with Franco to design a project and in 2009 she worked with the Betampona agents to establish distance- sampling transects in two amphibian-rich sites of Betampona.  Five years of data are being analyzed (mid 2014) to examine whether/how seasonal and habitat variables affect amphibian species’ assemblages, diversity, density and activity patterns. 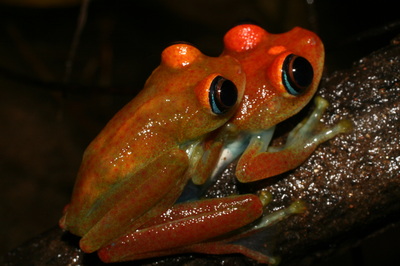 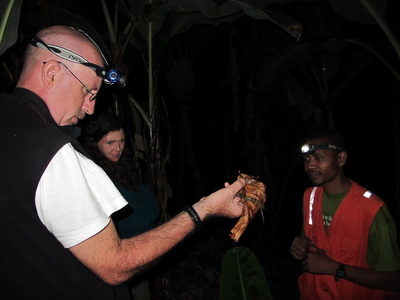 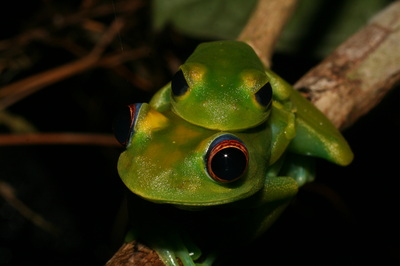